Want to build impressive quads faster but don’t have access to a Sissy Squat machine? Read on to see which exercises we recommend.

If you want to build big, powerful quads, then you need to seriously consider the Sissy Squat. It’s a great way of blowing up the quads, without putting any extra stress on the hamstrings or glutes which is why it’s regarded as one of the best ways exercises you can do to get serious results. 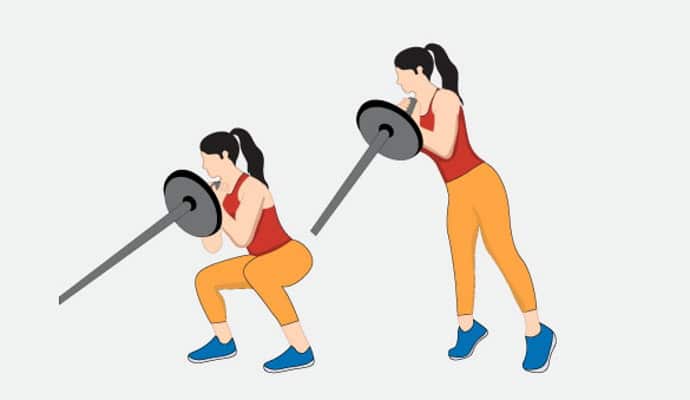 Unfortunately, not all gyms have a Sissy Squat machine and if you haven’t got a lot of space in your home gym, you may not either. But don’t worry, that doesn’t mean you have to miss out on incredible gains because in this article; we’re going to look at the best Sissy Squat alternatives for building your quads.

The Sissy Squat is a very unique exercise that specifically targets the quads and is regarded as one of the most effective exercises in helping you to build muscle. One of the features that make the Sissy Squat stand out is that, unlike the traditional squat or lunge, the Sissy Squat doesn’t recruit the other major muscles in the legs, which means you can build your quads without worrying about the hamstrings or glutes taking over. It also means you can perform the exercise without the other muscle groups letting you down.

Sissy Squats are typically performed with a Sissy Squat machine and involve you hooking your feet under a bar and sitting down until the legs are bent at 90 degrees, placing far greater emphasis on your quads. They look difficult, but like any gym exercise, the more you do them the easier they get.

What are the Benefits?

The main benefit of the Sissy Squat is that it allows you to put your quads under great stress, without recruiting any of the other muscles in the legs. This means you can target one particular muscle, the quads, without any other muscles taking over. It also ensures your quads get all the benefits, helping them to grow faster, which they wouldn’t get if you were to do a traditional squat, as the hamstrings and glutes would also play a part.

A Sissy Squat is a great exercise that can help you get serious results.

Why Find an Alternative?

There are plenty of reasons why someone may look for an alternative exercise.

Struggles with form and technique, lacking confidence in the movement or a history of injuries are all valid reasons and in the case of the Sissy Squat, which is somewhat of a niche exercise, not many gyms have a machine. It’s also unlikely you’ve got one in your home gym.

Luckily, that doesn’t mean you have to suffer as a result.

With that in mind, let’s take a look at some creative ways that you can get the benefits of the Sissy Squat without having access to a Sissy Squat machine.

The Best Alternatives to Sissy Squats

If you’re looking for an alternative way to develop your quads and build your lower body then you should look no further than the exercises listed below. In no particular order, we feel these are the best alternatives to the Sissy Squat.

If you have access to a leg extension machine then you already have the makings of a Sissy Squat machine.

Here’s how you perform the move

Because of the angle, you can lean back a little more here, but just be sure your feet are set, so that you don’t slip or injure yourself. 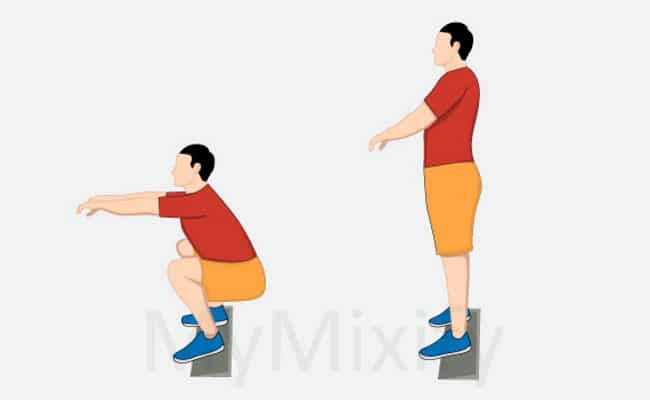 Raising your heels when you squat is one of the easiest ways to target the quads and by using plates under your feet, you can also remove any balance problems, as you’re not trying to stand on your tiptoes which some people struggle with. It’s also very simple to do, just place the weight plates under your heels to get a few inches off the floor then bend the knees to 90 degrees. It’s also important here to make sure you’re placing equal force through the hips and the feet and you’re not taking the knees too far forward. 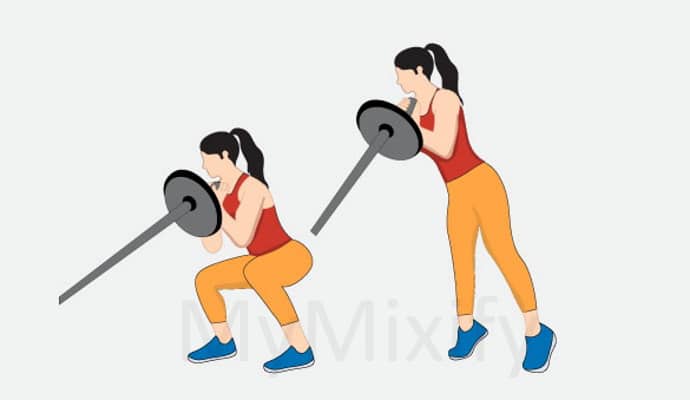 If you have access to a landmine press, this is a fantastic alternative that will leave your quads burning. It’s also a great way to target the quads, without putting as much pressure on the knees as some other variations do.

Here’s how you do it:

The great thing about this variation is that your body position auto-corrects your technique and ensures you do it right, which is great for keeping your form on point. 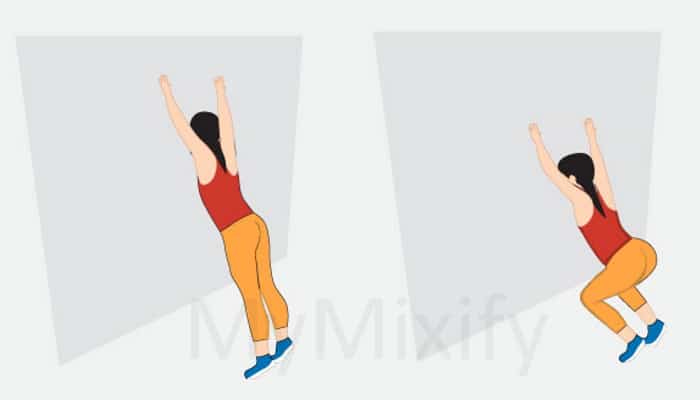 If you’re limited with equipment you can take the steps above, and apply them to the wall squat.

You can do this in two ways 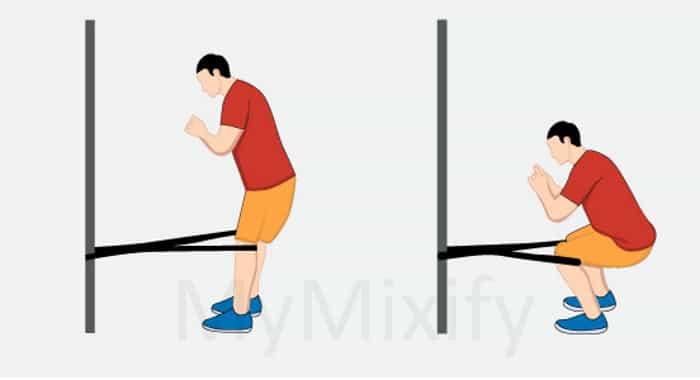 Another great option if you’re lacking equipment is to use a heavy-duty resistance band to support you as you squat.

Here’s how you do it

It’s very important here that you pick a suitable band that doesn’t pull you forward, but which also isn’t weak enough to let you fall over. You’ll also need a big enough band, something bigger than a glute band ideally. 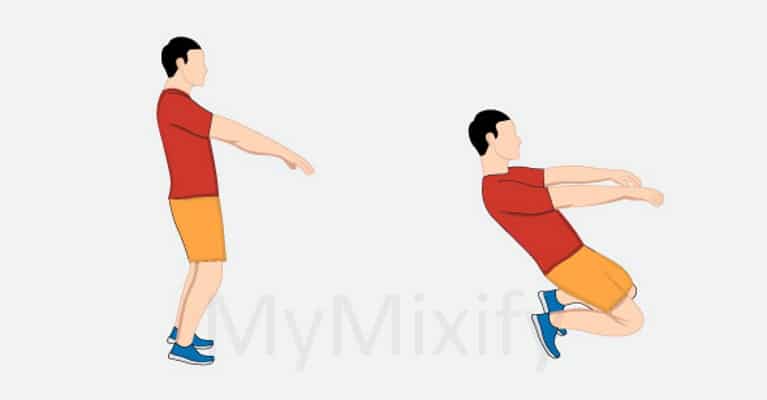 The best way to describe this is like Neo in the Matrix, dodging bullets. Here you’ll want to hold onto something for support and your goal is to perform a standing Sissy Squat.

Just be sure that you feel comfortable here and if you feel pain around the knee, stop and find an alternative. 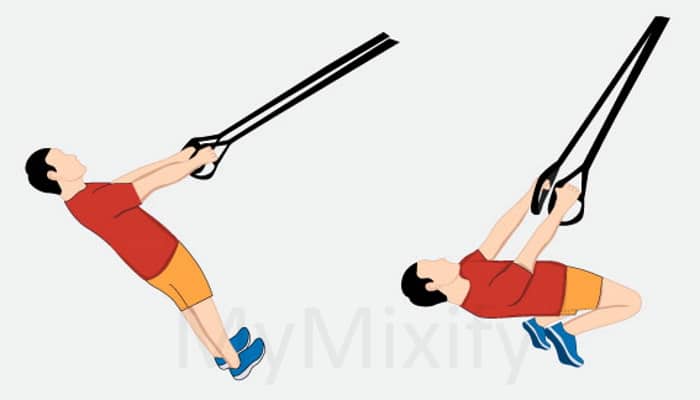 If you want to build up to completing a bodyweight Sissy Squat, this is a great way to learn the movement pattern. It also helps to keep you balanced and stable because rather than hold onto something at the side for support, you can hold the handles directly in front of you.

To do it is simple, set up exactly as we described for the bodyweight Sissy Squat, the only difference is your hands will be in front of you holding the TRX. Everything else about the move is the same except you will be able to hold the TRX to support your body weight.

If you’re new to the Sissy Squat, you’ll want to make sure you take it easy to begin with and you don’t try too much too soon. If done incorrectly, the Sissy Squat can put excess pressure around the knees which could lead to an injury, whereas when done correctly, it can be a fantastic way to develop your quads. Just ensure you’re comfortable when performing any of the exercises on this list and if something doesn’t feel right stop.

Whether you’re working out in your home gym or an actual studio, you’ve now got some great methods to help you take your results to the next level.
Our advice is to work your way through the list, starting with the movements you’re already familiar with and see which ones work for you.

From there you can start to plan them into your regular routine.